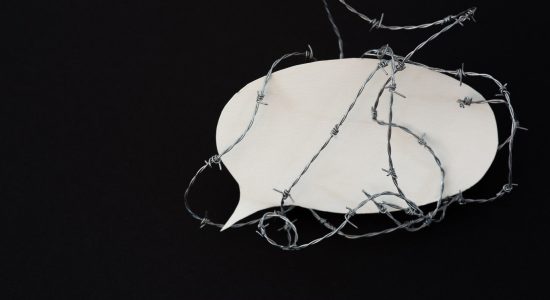 ISLAMABAD: Pakistan presents a case study of shrinking digital rights and closing spaces for dissent online on the occasion of International Internet Day that is marked globally, including Pakistan, on October 29, according to a new report issued here on its eve.

According to the report titled “Closing Spaces: Coercive Cyber Regulations Impede Online Journalism and Free Speech in Pakistan”, issued by Freedom Network, a Pakistani civil liberties advocacy and research group, Pakistan experienced in 2020 several setbacks in enforcement of digital rights and freedom of expression and right to information online.

Freedom Network’s annual State of Digital Rights in Pakistan Report 2020 identified a regression in the areas of internet policies and regulations and allowing dissent and freedom of expression, as well as a rise in censorship, hate speech, digital surveillance and breach of privacy and disinformation and misinformation online.

“It is troubling to note that the accumulative effect of the slide in enforcement of digital rights are contributing to a general closing of online spaces in Pakistan,” Iqbal Khattak, the Executive Director of Freedom Network said. “The biggest casualty is online free speech and online journalism in particular is being impeded in by coercive cyber regulations,” he added.

Internet policies and regulations: The report said the media legal context of Pakistan during 2020 was characterized by an aggressive federal government seeking to extend and expand its authority to overregulate the media sector and to redefine the boundaries of free speech not just of media and information practitioners, including journalists and online citizens, but also of opposition political parties and civil society movements – and their leaders – aimed at constructing their struggle for human rights.

It said there was an increased reliance on the Prevention of Electronic Crimes Act (PECA) to encourage censorship. The cybercrime law was repeatedly invoked against journalists and opinion makers for exercising freedom of expression and social media activism.

The federal cabinet in the autumn of 2020 approved new rules to regulate online content even though an earlier version of it in the shape of the Citizens Protection (Against Online Harm) Rules, 2020, was halted after widespread opposition to it from civil society, media and political parties.

In 2020 Pakistan performed poorly on global internet freedom rankings – it was ranked ‘Partly Free’ by Freedom House as it secured only 38 out of a maximum 100 points according to its Freedom of the World Report 2020.

The executive-controlled internet regulator Pakistan Telecommunication Authority used its unchecked powers to censor materials on the internet and in the summer of 2020 unleashed another controversary by requiring registration of Virtual Private Networks (VPNs) in Pakistan.

The authorities in 2020 ignored urgings by national and global digital rights groups to develop its artificial intelligence (AI) strategy and guidelines with a human rights framework at the core of its policy.

Hate speech prevalence online: Hate speech against religious minorities on social media and their online harassment were prevalent in 2020. Religious minorities, security agencies, human rights, gender, politics and development were identified as the main discussion themes online that elicited the most hostile reactions from detractors online.

Digital surveillance: The report said Pakistan has acquired the services of an international company to help build a nationwide “web monitoring system” that employs Deep Packet Inspection to monitor communications and record traffic and call data on behalf of PTA.

It said that while women are frequently targeted in honour killings and social sanctions in the physical world, this violence is seeping into the online sphere as well with threats of the violence enabled through digital devices. In 2020, data indicated a significant majority of women journalists not only faced online violence that direct impacted their personal and professional lives. In 2020 dozens of women journalists came forward revealing increased vulnerability and technology related violence against them from various sources, especially the ruling party workers and supporters.

State of Digital Rights In Pakistan 2020