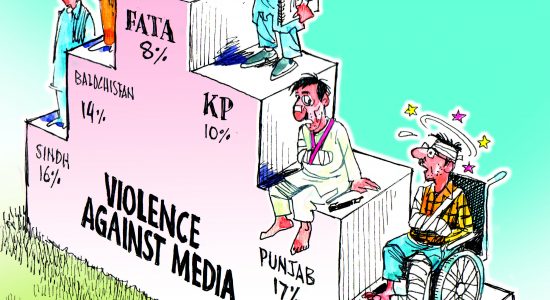 ISLAMABAD, May 1, 2018: An award-winning Pakistan-based media rights watchdog Freedom Network has recorded over 150 cases of attacks and violations against media and its practitioners, including journalists, in Pakistan in the last one year, signifying a worryingly escalating climate of intimidation and harassment that is adversely affecting the freedom of expression and access to information environment.

Freedom Network (FN) released its Press Freedom Barometer 2018 monitored from May 1, 2017 to April 1, 2018 to mark May 3 International Press Freedom Day. Based on actual events, FN noted that at least 157 cases of attacks and violations were documented across all four provinces, Islamabad and tribal areas. “That’s an average of about 15 cases of violations a month – one every second day. The violations included killing of journalists, abductions, kidnappings, physical attacks and injuries, arrests, threats and specific cases of harassment,” it said.

Shockingly enough, FN report added that 35 per cent of the (55 out of 157) cases were recorded in the federal capital Islamabad, making it the most dangerous place to practice journalism in the country. The most targeted medium remained TV with 85 cases recorded against journalists associated with it compared to print, radio and internet. 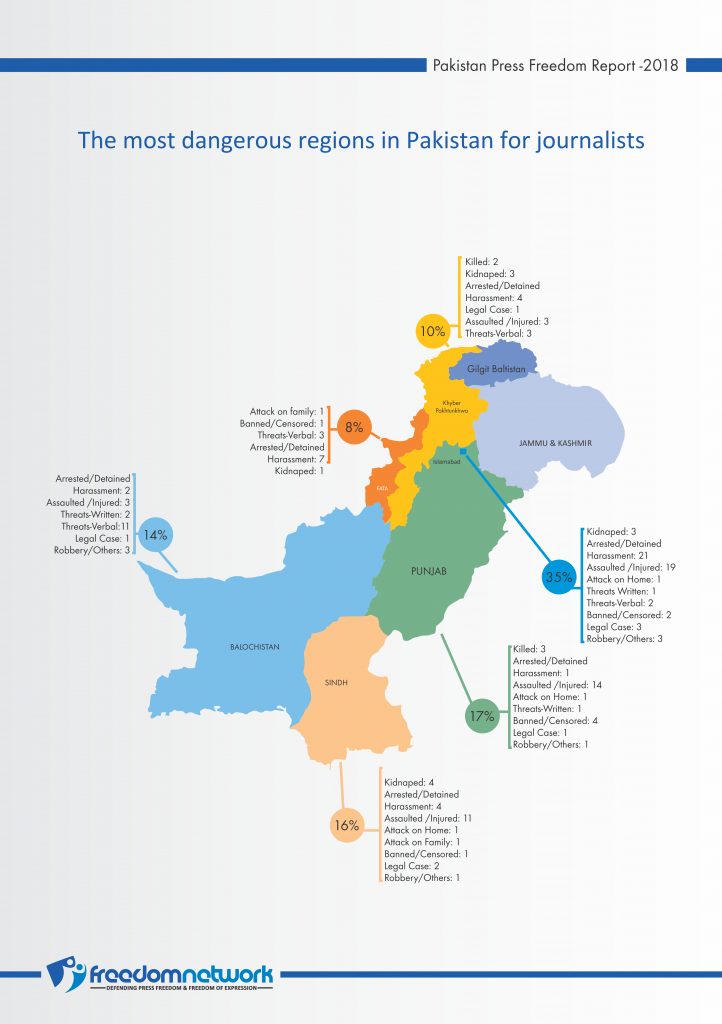 After Islamabad, other areas found dangerous for journalists were Punjab the second worst with 17% of the violations (26 cases) followed closely by Sindh with 16% (25 cases), Balochistan with 14% (22 cases) and Khyber Pakhtunkhwa with 10% (16 cases). The Federally Administered Tribal Areas (FATA) documented the least number of overall violations at 8% of the total with 13 out of 157 cases.

The FN report also pinpoints the state and its agencies and functionaries as the most serious threat actors targeting media in 39 per cent of the incident, as compared to other actors such as militant groups, political parties, religious groups and criminals. The report also noted that a total of 20 cases of attacks on media houses. 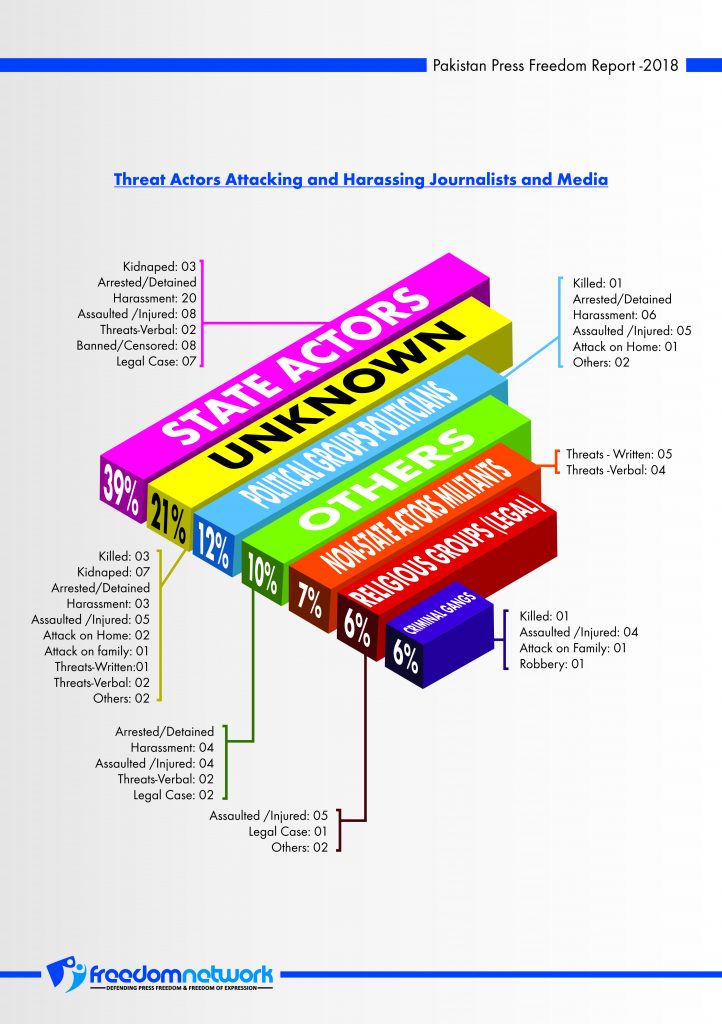 “These increased incidents of attacks on the media in Pakistan are a major cause of concern, after major improvement in law and order situation,” said Freedom Network’s Executive Director Iqbal Khattak. “Return of relative peace and reduction in overall violence could have meant more freedom for journalists to freely do their jobs, but ironically this has not been the case. This is also alarming since the country has a dismal record of persecuting media predators.”

“May 3 this year also comes at a time when the country is poised to undertake one of the biggest democratic exercise of conducting general elections in the coming months. We appeal to all stakeholders to respect media and facilitate it in achieving democratic goals,” Mr Khattak added.

Freedom Network is a Pakistan-based independent media and development sector research, advocacy and training organization registered with the Securities and Exchange Commission of Pakistan (SECP). It was established in May 2013.

In 2017, Freedom Network was awarded the prestigious global French Human Rights Prize 2017 by the Government of France for “its efforts for safety and protection of journalists and promotion of freedom of expression.”