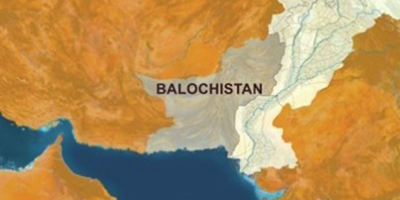 Ijaz Mengal, brother of underground Baloch journalist Riaz Mengal, was gunned down in Khuzdar district of Balochistan on February 14 and a separatist group claimed responsibility for the attack.

“He was killed because of threats I am facing till now,” Riaz Mengal, who is living outside Balochistan for the last two and a half years for security concerns, said told Freedom Network [FN] from a safer location outside Balochistan on Monday (February 17, 2014).

According to Riaz Mengal, unidentified motorcyclists fired around 10 shots at his brother who received around six bullets and died on the spot.

Ijaz Mengal, who works in Education Department of Government of Balochistan as clerk and as part-time journalist also, was shot dead on Quetta-Karachi highway on Friday (February 14, 2014, Riaz Mengal said.

FN extends condolence to the bereaved family and demands of the provincial government in Balochistan to order an track down the know perpetrators of the crime.

Balochistan Chief Minister Dr Abdul Malik Baloch announced in January this year setting up a judicial commission to look into murder cases of journalists. However, the commission was not yet notified and no single case has been taken up yet.

“Urgency may be shown to refer murder cases of all journalists killed by one group or another or the government agencies for prosecution,” FN demanded of the chief executive of Balochistan. “There is dire need to fight back impunity in Balochistan,” FN went on to add.

Riaz Mengal linked the murder of his brother to his refusal to quit journalism as he was kidnapped in 2007 and two years later he was warned that if he did not quit journalism his family might “pay the price.”

Separatist group ‘Baloch National Army’ claimed the responsibility for killing the journalist’s brother for reason that the deceased was allegedly “spying” for the government’s security agencies. Riaz Mengal denies the charge.

Due to threats to Riaz Mengal in Khuzdar district, the body was taken to Larkana district in neighbouring Sindh province for burial. “I was advised against going to Khuzdar and it was decided by family members to bury the body outside Khuzdar,” Riaz informed.

It is the second time that family member of a journalist in Khuzdar district was targeted. Khuzdar Press Club president Nadeem Gurjinari’s two young sons were killed on October 26, 2012.

Ijaz was working for Intekhab newspaper as correspondent since 2005, Riaz said.

Both government employees and journalists are viewed as “spies.” Mehmood Ahmed Afridi, working for Intekhab newspaper in Kalat district and gunned down on March 1, 2013, and ‘Balochistan Liberation Front’ claimed responsibility for his murder saying the journalist was “spying” for the government.

“The killing of my brother is continuation of anti-media campaign in Khuzdar district,” Riaz said.