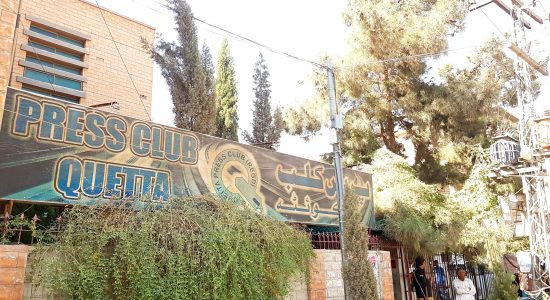 The group issued a 20-day ultimatum to media in Balochistan on 4th October 4, 2017, to either start publishing the press statements of the banned insurgent groups or “face attacks.” Balochistan government prevented local media offices from publishing the statements of these groups as the National Action Plan (NAP) stipulated. The banned BLF ultimatum ended on October 24 and from the next day media boycott was started in Baloch belt of Balochistan. Subsequently, On October 25, a hand-grenade was hurled at the Hub Press Club wounding six journalists. Next day, Pak-News Agency, a news distribution agency, was attacked in Turbat and a vehicle transporting newspapers was attacked in Awaran district. Outlawed Baloch insurgent group “Baloch Liberation Army (BLA)” also announced its “boycott” of the media on same ground.

Consequently, newspaper distribution and journalistic reporting ceased in Baloch belt and more than 20 press clubs were shut down due to threats by the insurgents. All journalistic activities ceased in Baloch belt. The cessation of the journalistic activities meant that journalists could not carry their basic duty of reporting and media could not act as watchdog of public interest. Balochistan is already an under-reported region and the boycott further reduced the frequency and the depth of news reporting from Balochistan.

Journalists even in Quetta city limited their movement. The Quetta Press Club presented a deserted look, while security for the newspaper offices was also increased. According to Khalil Ahmed, president of Balochistan Union of Journalists (BUJ), “working under fears and uncertainty in Quetta has killed the creativity of journalists.”

Furthermore, the boycott was not only a blow to freedom of expression but it also resulted in severe economic hardships for the people who are dependent on media industry for their livelihood. After the threats, all newspaper distribution agencies and bookstalls selling newspapers and magazines ceased their activities. This meant that they could not earn their livelihood for three months.

When the government failed to effectively restore media activities in Balochistan, civil society groups and advocacy organizations came to the fore. Quetta Press Club, Balochistan Union of Journalists, Quetta Press Club Safety Hub, Council of Pakistan Newspapers and Editors and Freedom Network carried out advocacy campaign to push government and the insurgent groups to keep media out of their conflict.

The BLF spokesperson said media in Balochistan had “become a tool for state and it blacked out (alleged) human rights violations in the province and that’s why it was attacked.” The statement further said that the banned group had “achieved its targets by boycotting media” in Balochistan.

After withdrawal of media boycott by the BLF, Journalism activities resumed in Baloch belt of Balochistan.

Media in Balochistan is still far from becoming free and independent. Still the murders of more than 40 journalists in Balochistan are at large. Journalists have resumed working amid fear and uncertainty.