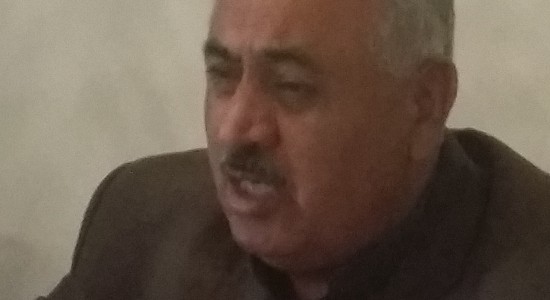 The following are remarks made by the Balochistan information minister, Abdul Rahim Ziaratwal, at a public dialogue on media safety at a meeting of Pakistan Coalition on Media Safety (PCOMS) in Quetta on November 15, 2014.

People have a right to freedom of expression and this right needs to be respected. For this to happen we need to support efforts to promote tolerance in society. Considering that ours is a country embroiled in conflicts this is understandably difficult to do but all the more important.

Past policies to disrespect pluralisms are to blame for fanning of conflict. This larger climate of conflict is also why journalists in Balochistan have become unfortunate victims. They find themselves caught among forces that are causing them harm. This must change.

Lies and half-truths take the place of truth and chaos in the place of order in an environment where violence is commonplace. This is also hurting communities such as journalists. The government of Balochistan is

The government will do all it can to provide safety for journalists in the province. This can be done through provision of resources and access to systems such as law enforcement – but clearly this is not enough. But we are willing to do all we can to change this by doing more. If this requires the need to change laws or bring new laws, the Balochistan government is willing to do this. But we need to sit down and talk with the journalists so that we can come up with agreeable solutions that can help journalists.

We acknowledge that the media and journalists’ community is an important stakeholder in the project of developing a strong, peaceful and progressive society. The journalists and political parties and the government of Balochistan share with the journalists a common goal of strengthening democracy, promoting tolerance and focusing on development. We express solidarity with the journalists’ in Balochistan in the travails they face and offer commitment and assurance that we will work together to address these problems.