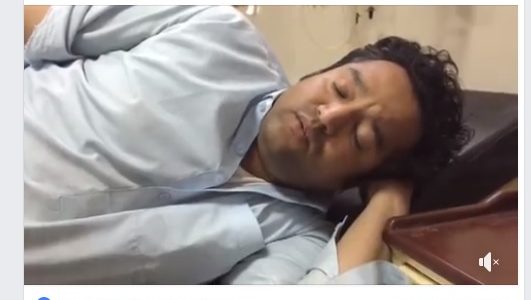 Journalist Assad Betani was beaten up by allegedly dozen of workers of Pakistan Muslim League – Q on April 7, 2018, in his office in Zhob, Balochistan following the publication of his investigative story in The Friday Times on April 6, 2018.

Below is the link of his story:

The journalist was immediately shifted to Civil Hospital, Zhob and later on he was referred to Quetta for further treatment.

Asad, who also edits Nawa-i-Qissa Magazine and associated with Aaj News channel as well, blamed Sheikh Jaffar Khan MandoKhail, who was minister in the last Balochistan government, for this incident.  “The PMLQ workers beat me up on the instructions of Mandokhail,” he alleged.

The attacks was a lesson to avoid doing investigative stories in the future, he gave reasons who he was attacked. “I was threatened and prohibited from reporting corruption. I was ordered not to cover other political parties’ gatherings except PML-Q.’’

Pakistan Muslim League Q workers, made two similar attempts previously but they were unsuccessful. This time they were successful and did try to “teach” the journalist “a lesson.”

District police, as usual, did not cooperate, he blamed. “My brother went to Zhob Police Station to lodge First Information Report against PML-Q workers. Police demanded medical report as a proof. Still no action has been taken against the attackers,” the journalist regretted.

Opposing the victim’s allegations, Sheikh Jaffar Khan told Freedom Network that his allegations were “wrong” and “baseless.” However, he admitted that his supporters had exchanged harsh words with the journalist to stop baseless reporting against him.

Balochistan is a dangerous place for journalism. Political parties, criminal gangs, banned militant groups, and government authorities are blamed for the violence against journalists in the province. Senior local journalists estimate more than 40 journalists have been killed in different attacks, blasts, and target-killings for the last one decade.