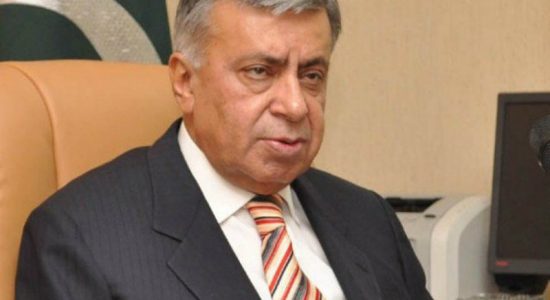 The following are excerpts of the interview which is mainly about safety of journalists:

Freedom Network: Are you satisfied with the existing state of security for media-persons in Punjab in particular?

Arif Nizami: There are two-three things. Security of a journalist and security of journalist’s workplace, both need improvement. The basic reason is that media-owners don’t do much on their own and look toward government instead. There are very few media houses who ensure strict security for their outfits at their own expense.

Journalists themselves have limited knowledge about it. They are neither trained nor equipped to keep themselves out of the harm’s way. They should be trained and provided with [bullet –proof] jackets.

We should also define who a journalist is. A cameraman is also a journalist. He is sometimes expected to give a ‘beeper’ while on duty.

The situation is alarming, no doubt. Lately media-persons have received threatened.

There is also an organisation for safety of editors… its meeting was held in Turkey. We made a forum there but practically we don’t see any improvement in the situation.

Question: Who are the threat actors operating against journalists – religious, state or non-state?

Arif Nizami: A terrorist is a definitely a threat as he remains invisible. They have a willing or unwilling facilitators in religion–based outfits. I have noticed that many of these outfits do not categorically condemn terrorism. While they do they hesitate to categorically call out the terrorists. The second part of your question concerns the journalists who cross a certain line on the issue of ‘missing persons.’ They are understood to be not tolerated by the secret agencies. Now situation is relatively better but in the recent past Saleem Shehzad was killed in Islamabad. There was Wali Babar. And then there was another reporter in Swat who was killed. Perhaps for the same reason three years back it was said that ‘Pakistan is the most unsafe place for journalists.’ A journalist faces threats from multiple sides.

Question: What should government do to protect journalists’ life and limb? Should it legislate?

Arif Nizami: This is not about legislation. This is about mind-set. If media-owners can accept advertisements and other concessions from government, they should also work toward security and training of journalists. Government is spending billions on ensuring security in the country. I am not talking only of VVIPs who have built up a wall around GOR One [in Lahore] with the taxpayer’s money and a common man cannot pass by from there. This mind-set we need to change.

Question: You are at a key position in a media establishment. Do you take any measures to secure  media-persons?

Arif Nizami: Yes they have installed gates and put barbed wire but that is not enough. Security is essential I agree. It may sound strange to you but this is a profession where you are constantly at risk. There is always a certain element of risk involved while doing this job. Media houses should have insurance for staff.

But also there is a proverb in English ‘if you can’t take the heat, leave the kitchen.’ In the West, where there is a free Press, journalists put their lives in danger reporting from countries such as Afghanistan, Iraq, Africa or Pakistan. But at least they have financial security and they are trained where to draw a line. They are told to report from dangerous places but not to commit suicide. They are also trained in work ethics. Still many of them became a victim of terrorism. Daniel Pearl was one of them. So danger is part of our profession. It always rema