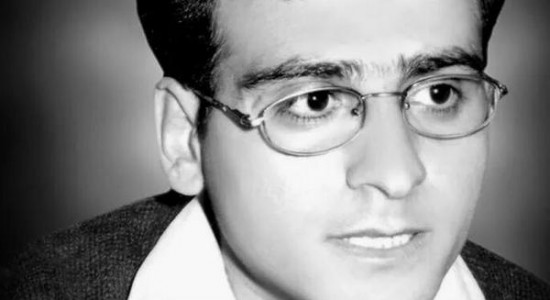 The murder of two journalists within days of each other in Punjab province of Pakistan, a region not known for similar high levels of violence as in the other provinces, comes as a deep shock for the media community in the country. The two latest fatalities in the first week of October 2014 take the tally of journalists killed in Pakistan in the past five weeks to five, plus four media assistant gunned down since this January this year.

“Assassination is the extreme form of censorship. We deplore the latest murders of the two journalists in Hafizabad district and call upon the government authorities to swiftly and effectively investigate the killings, find and punish the perpetrators, and provide justice and appropriate compensation to the families of the deceased,” Freedom Network [FN], Pakistan’s first media watchdog organization, said in press freedom alert issued on October 8, 2014.

Nadeem Haider, working for Urdu daily newspaper Dunya, was gunned down on October 3, 2014 and Yaqoob Shehzad, correspondent of Express News TV channel and Urdu daily Express, was killed on October 5, 2014.Both were killed in Hafizabad city.

“With the death toll of journalists on the rise for several consecutive years now and the country’s poor record of prosecution of killers, forceful government action is warranted now than ever before,” the FN alert said.

In the space of five weeks since late August 2014, four journalists and one media assistant have been killed. On August 28, 2014, assassins shot dead news agency Online’s bureau chief Irshad Mastoi and his reporter Abdur Rasool and office accountant Muhammad Younas in their office in Quetta, Balochistan.

Anjum Sohail, a Hafizabad-based journalist working with Aaj TV, told FN by phone on October 8, 2014: “We all are clueless as to who killed the two journalists and why. Both journalists never shared [with us] any threat or danger they may have received or felt.”

Police have arrested a person who had “exchanged hot words” with Haider some six months earlier. However, the accused denied his involvement in the killing.

Police investigators probing the case of Shehzad were quoted as saying that it was “a target-killing” as the deceased journalist was fired at eight times and he received all the eight bullets.

A murder case was registered against four unknown attackers riding motorcycles and eyewitness accounts described the assailants aged 20-30 and wearing trousers. Police has made sketches of the four accused with the help of eyewitnesses. However, no arrest has been made so far.

Police also seized CCTV footage of Shehzad being shot at. He was chairman of Hafizabad Press Club.

Haider was shot dead by two unknown assailants in Kaliki Mandi area of Hafizabad city and the killers escaped after the killing the journalist.

Two days later, gunmen riding motorcycles shot and killed Shehzad while he visited the office of a friend in the city’s busiest neighbourhood, Sagar Road, indicating the killers knew about his movement beforehand.

Farooq, brother of Shehzad, told FN that he was suspecting people who had killed their father in 2001. Shehzad was arrested for killing one of the attackers. However, the Supreme Court declared him innocent.

“Journalism is a profession that sometimes engenders enmity because you’re exposing people for alleged wrongdoing. However, Shehzad had never told us about any threat or danger he was facing. I suspect the people who had killed my father are behind the murder of my brother now,” Farooq went on to say.

Pakistan Federal Union of Journalists (PFJ) denounced the murder of the two journalists. “This seems to be a new wave of target-killing of journalists in Pakistan. We are concerned over the current state of safety and security of journalists and demand the government to provide protection to the working journalists,” it said in a press statement.