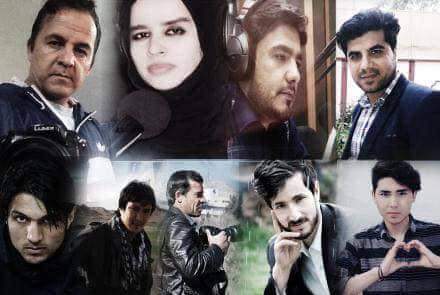 Anees Ur Rehman
Journalists in Afghanistan work under extremely difficult circumstances and regularly face violence, threats, and intimidation that prevent them from carrying out their professional work in fears-free environment. While many incidents go unreported, the first nine months of 2018 were the bloodiest for journalists and the media. Kabul-based media watchdog Afghan Journalists Safety Centre (AJSC) recorded 89 cases of violence and intimidation against journalists and media workers, 11 of which involved journalists losing their lives. Nine of them were killed in a suicide attack in Kabul, claimed by ISIS while two others were shot dead in Kandahar and Khost provinces. The intensity and scale of violence has been unprecedented during this period of the current year.

After the fall of the Taliban regime in late 2001, there are now 75 TV channels, 185 radio stations and nearly a thousand newspapers, magazines and online sites.

Journalists are constantly facing threats from different groups. Despite these attacks and threats, the Afghan media is committed to providing information to the Afghan people. The freedom of speech, freedom of press and information sharing policy of the Afghan government is weak, however. Media institutions and the government lack proper coordination.

War zones have some in-built limitations for reporters. But in Afghanistan they’re clueless. Terrorist attack on media is a war crime. In absence of any guarantees, it seems very difficult for journalism to survive. International community will have to step in and focus on it. Already, Afghan media has called on international agencies, including the International Court of Justice and the United Nations Security Council to initiate a probe into these incidents involving attacks on journalists in Afghanistan.

Journalists have, on a number of occasions, asked the Afghan government to pay attention to their safety but nothing happened. One should remember that journalists are also the supporters of their families. Their salaries are also not suitable for the kind of work they do. Hence, they find it hard to support their families. After his death, the families are not left with any source of income. Journalists here also do not have insurance policy. On behalf of Afghan journalists, I demand from the international community and the Afghan government to help these bereaved families.

On 5th September, around 6pm, a suicide bomber exploded himself in west of Kabul drawing reporters for the coverage, but a few moments later there was a second explosion targeting the reporters. Two of our colleagues were martyred – Samim Faraz and Ramiz Ahmadi (reporters of TOLO and Khurshid TV, respectively). Khalid Nikzad, Hussian Manish, Siar and Aman Farhang (reporters) were among the wounded.
Earlier this year, at least nine journalists were killed in a suicide attack in Shah Dark area of Kabul. The deceased include Mahram Durrani, Sabawoon Kakar and Abdullah Hananzai from Azadi Radio, TOLO’s cameraperson Yar Mohammad Tokhi, 1TV journalists Ghazi Rasooli and Nowroz Ali Rajabi, AFP photographer Shah Marai, and Saleem Talash and Ali Saleemi from Mashal TV. BBC’s Ahmad Shah was in killed in Khost province.

Kabul Press Club has said in one of its press releases that most of the media channel owners are living outside the country and heads or CEOs work inside their offices, but reporters have to go out. They are, however, not given proper security brief or trainings.

AJSC has recorded 19 cases of humiliation and maltreatment, 14 instances of physical beatings, 11 instances of injury, 28 instances of intimidation, 5 instances of detention and summoning, and one instance of illegal expulsion. The data from this period indicates that a 22% increase to the first six months of 2017 in which AJSC had recorded 73 cases.
Some journalist colleagues told me that when they demanded security from the channels the senior management “asked for their resignations.”

ISIS and the Taliban have been responsible for 37 incidents against journalists – majority of cases of violence and intimidation. Individuals affiliated with the government and security forces are also threat actors responsible for 36 cases of violence and threats. Unidentified individuals come in at third position with 14 cases. Owners and managers of media organizations are reported to be behind two cases of mistreating journalists and media workers. Of these incidences, 27 have taken place in one zone that covers Kabul and its northern provinces, 14 in the Southeast zone, 11 in the South zone, six in the Northeast zone, four in the North zone, four in the East zone, and three cases have been reported from the central zone.

For Afghan journalists there is no proper health facility. When journalists get injured they don’t have special treatment from the government side, as well as media channels and journalists’ representative bodies. The Ministry of Information allocated no special budget for this. They are totally dependent on their own sources, resources and facilities.

A month back, there were eight active radio, two TV stations and as many newspapers in Ghazni province. Now there is nothing left there. The Taliban either damaged or forced the media houses to shut down in Ghazni. According to reports, first the Taliban destroyed communication and media antennas on 10th August. Then they burnt Ghaznawiyan TV and Radio station and handed out some letters to other media outlets warning them against any operation.

Ghazni is living without media now, and its residents have no information to stay safe. Thus, no freedom of expression in Ghazni where the Taliban made attempts to take over the province. The increase in intensity of violence against journalists has led to self-censorship among journalists, particularly in the provinces where there is significant presence or influence of the Taliban and other militant groups such as ISIS. Provinces such as Helmand, Kandahar, Ghazni and Nangarhar are among places where journalists have begun to resort to self-censorship in an effort to stay safe.

Based on AJSC’s analysis, the five main reasons behind the increase in violence against journalists are: 1) the expansion of insecurity and instability throughout the country, 2) widespread and persistent impunity enjoyed by perpetrators of crime against journalists, 3) the popularity of propaganda in the context of the current war, which has brought the media to terrorist groups’ center of the attention, 4) the increasing ideological and political opposition of militant groups against the media because of the media’s role in reporting and raising awareness, and 5) the failure of the government to implement laws and regulations pertaining to the safety of journalists.
Various challenges including increasing threats, lack of access to information, and financial constraints faced by the media threaten the survival of the independent media sources and freedom of expression in a country where they are considered as one of the most important achievements.

Media organizations are under moral obligation to ensure safety of their employees, and, therefore, must come up with effective policies and contingency plans in this regard. In addition, the media owners should be obliged to provide their reporters, particularly those assigned to cover terrorist incidents or battlefields, with the necessary safety equipment. This is not only an ethical obligation, but also it is a legal and administrative duty of the media organizations.

About the author.
Anees Ur Rehman is an Afghan journalist and based in Kabul. He is news reporter of Afghanistan national TV (RTA). He is the member of Kabul Press Club. He graduated from journalism and Mass Communication from University of Peshawar, Pakistan.
He writes columns in Pashto, Dari, Urdu and English for newspapers and online sites on political and social issues of the Afghan society. He started his career as a reporter in Wahdat newspaper and later on he joined radio stations in Afghanistan. He also served as a producer in Shamshad Television. He participated in people-to-people dialogue between Afghanistan and Pakistan in 2015. He also attended bilateral journalists’ conference in Lahore between Pakistan and Afghanistan. He attended South Asian journalists conference where he was also working with South Asian College of Journalism in India.
Email: anees.journalist@gmail.com twitter: @journalistanees