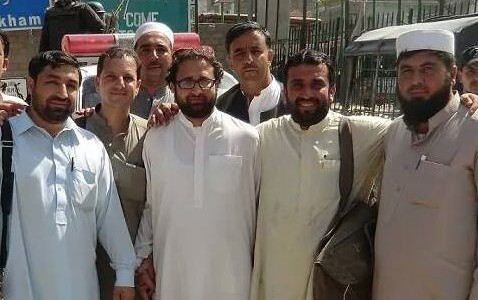 Freedom Network [FN] welcomes release of Pakistani journalist Faizullah Khan by an Afghan High Court after his conviction on account of “illegal stay” in Afghanistan.

“The decision of Nangarhar High Court to free Khan from detention and facing charges of illegal entry is a step that is welcome,” FN, Pakistan’s first watchdog on media freedoms, said in an alert released here on September 28, 2014, hours after the announcement that the Pakistani journalist’s had been ordered.

Earlier, ARY News channel reported that its reporter Faizullah Khan’s release was ordered and the journalist would join his family before Eid falling on October 6.

The journalist was accorded welcome reception at Torkham border crossing point in northwest Pakistan on September 29, 2014 where he spoke briefly for the first time. “I was arranged an interview with Pakistani Taliban chieh Mullah Fazlullah. I was told to come to a point in a Pakistani tribal area from where I was taken inside Afghanistan,” the journalists was quoted as telling a group of tribal journalists receiving him in Torkham.

“The moments I had with the Afghan intelligence personnel during my interrogation were the toughest of my ordeal I had throughout the detention period,” Faizullah went on to add.

Khan, a reporter working for ARY TV channel in Pakistan and based in Karachi, was convicted by a court in Afghanistan to serve a four-year jail on charges entry into the country without valid travel documents.

He was arrested by the Afghan authorities in eastern Nangarhar province on April 27, 2014, after travelling to Afghanistan to interview Taliban leaders.

His arrest in Afghanistan was reported by the Pakistani media on May 5, 2014. Afghanistan’s National Directorate of Security (NDS) was subsequently said to suspect him of spying but no formal charge was brought against him

Caption: Freed Pakistani journalist Faizullah Khan (4th from R) is seen with tribal journalists at Torkham border crossing point in northwest Pakistan on September 29, 2014, after a court in eastern Afghan province of Nangarhar ordered his release.