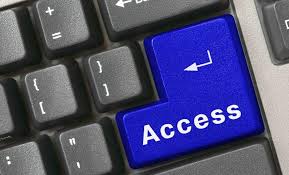 Things have not changed much for journalists reporting for different media organizations from the newly merged tribal districts as they still face difficulties in their quest for gathering required information despite erstwhile Federally Administered Tribal Areas merger with Khyber Pakhtunkhwa over a year ago and the extension of almost all regular laws of the country to the region.

In most of these remote localities, situated mostly on border with Afghanistan, local reporters had to seek prior permission from either the security officials posted in the region or the local civil administration for coverage of an event for their respective media organizations.

Their movements within their native tribal districts are not only restricted but they are followed, monitored and frequently questioned by sleuths of different intelligence agencies about the purpose of filing a particular story, especially a video report for a television channel. Use of camera by media persons is still considered as a ‘taboo’ in most of the tribal districts.

Suspension of landline telephone service, mobile phone service in some far flung localities and recent curbs on internet service in the entire tribal belt are also considered as a serious handicap and hindrance in performance of the professional responsibilities by the tribal journalists.

“A confusion prevailed in most of the newly merged tribal districts as local journalists are in a fix to ascertain as to whom they shall approach for required information as most of the officials in different line departments refuse to shoulder any responsibility or share details about their working”, Fauzi Khan Mohmand, reporter of an English daily remarked when asked what type of difficulties he was facing after the conversion of tribal agencies into tribal districts.

“I have been trying to approach officials of the agriculture and forest departments in Mohmand district for over a month but could not reach them for their comments for my two developing stories as none of the official of these departments have so far entertained my request for a meeting or recording their comments on phone”, he explained the desperation he faced while gathering relevant information.

Adnan Betani, a young journalists covering the restive North and South Waziristan tribal districts for an international media organization said that alongside personal insecurity and persistent threats from extremist elements, he faced great difficulties in ‘digging out’ information from so-called official sources.

“Officials of the civil administration are reluctant to share any information about the security situation or the on-going development projects while it is near to impossible to reach out to security official for acquisition of any information”, he explained his dilemma of limited access to information in the tribal districts. He said that he also face risks in travelling to far off localities for coverage of an event.

Mr. Betani said that he was intensively questioned by plain-cloth staff of intelligence agencies in Sra Rogha tehsil of South Waziristan when he tried to interview some local residents on camera during the recently held provincial assembly elections.

He said that local residents in both North and South Waziristan too were scared and rather terrorized to share any factual information about the existing situation with media persons and thus he was always at loss to get firsthand knowledge of the miseries of militancy affected population.

“The suspension of mobile internet service by the security agencies in the entire tribal belt had adversely affected our work as we had to travel to a nearby city to use internet and dispatch our reports”, he said and adding that reporters of electronic media were the worst affectees of the ban on internet service which was imposed in June 2016 and was not lifted despite pledges by the Prime Minister Imran Khan visits to different tribal districts in recent months.

Imran Shinwari, general secretary of Landi Kotal press club in Khyber tribal district believe that things had gone worse since the tribal region was merged into Khyber Pakhtunkhwa in regards to their pursuit of getting first hand information for their stories or contacting government functionaries for the redressed of their collective grievances.

“Our press club cabinet had to approach the MNA from Khyber who is also federal minister for Haj and religious affairs Allama Noor ul Haq Qadri for an appointment with KP minister for information Shaukat Yousafzai to apprise him about the issues concerning local journalists as the provincial minister had refused to entertain our requests for a meeting on a number of occasions”, he said.

“All the pledges and promises made by the government functionaries after the Fata merger into KP about provision of better facilities to tribal journalists in particular and local masses in general vanished in thin air as we are still reeling under an oppressive system where nobody is ready to listen to and answer the journalists queries”, Imran Shinwari lamented.

He however suggested that the civil administration along with all the line departments and the security establishment shall appoint a focal person or a media coordinator to answer to the queries of tribal journalists. [Ends]