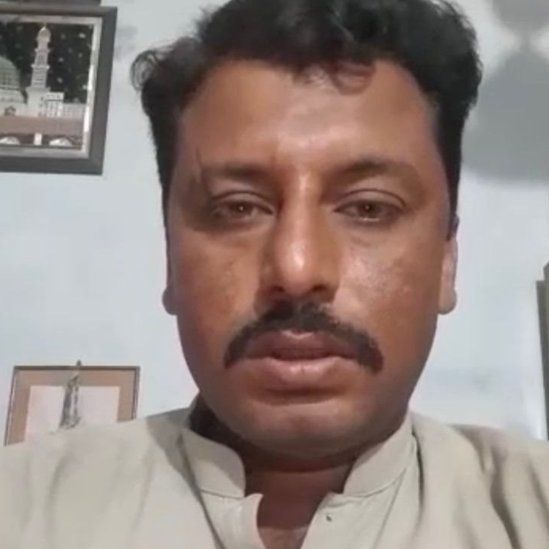 Two citizen journalists, one each in Sindh and Khyber Pakhtunkhwa provinces, were killed while a journalist escaped an attempted kidnapping in Punjab, as a total of nine cases of threats, including murders, were registered and documented during November 2021 through the Pakistan Press Club Safety Hubs Network programme, an award-winning civil liberty organization that has been managed by Freedom Network since early 2016.

The Islamabad-based Freedom Network has been assisting journalists at risk in four different categories in partnership with five press clubs in Karachi, Lahore, Quetta, Islamabad and Peshawar under the Pakistan Press Club Safety Hub Network programme since February 2016.

KILLED: Nazim Jokhiyo, a citizen journalist, was on November 2 abducted from his house in Karachi. His body was found at Jam House, which belongs to a Malir landlord who is affiliated with the Pakistan People’s Party and member of Sindh Assembly. According to FIR, registered at the Memon Goth Police Station, Jokhiyo was tortured through the night, as a result of which he lost his life – also confirmed by the post-mortem conducted at the Jinnah Postgraduate Medical Centre, Karachi.

PPP MPA Jam Awais, amongst others, was nominated in the case initiated by the victim’s brother. Jam Awais surrendered and is in police custody. Jokhiyo challenged a group of hunters who were out to hunt Houbara bustard, and reportedly filmed a video of Arab hunters engaged in the activity.

On Nov 8, citizen journalist and YouTuber Mohammad Zada Agarwal was killed at his residence in Malakand district, Khyber Pakhtunkhwa. Two unidentified intruders who had arrived on a motorbike opened fire on him before fleeing. A focus of his work was the local drug mafia and he criticised the local administration for not taking stern action. The videos he put up on YouTube concerned the spread of drugs in his area.

An FIR was registered against unknown persons, and protests were held by local journalists, social media activists, and political workers of different political parties. The chief minister of the province directed the IGP to submit an initial report of the incident.

ATTTEMPTED KIDNAPPING: Citizen journalist Zahid Hans was on Nov 14 at a Vehari, Punjab, bus stop when he was intercepted and attacked by armed men. According to the victim, the men beat him up with rifle-butts and a blunt weapon, threatening to kidnap him and firing into the air to create terror.

Mr Hans sustained head wounds and one of his arms was fractured in the attack. He had earlier aired news regarding the molestation of a child by a man in police uniform, after which the DPO Vehari had taken note and the policeman was dismissed. He had also exposed elements involved in the narcotics business. Following the attack, an FIR was registered.

ARRESTED: Journalist Hazrat Khan Mohmand, who works with AVT Khyber News and Akhbar Khyber, was arrested on Nov 11 in tribal district Mohmand. According to the administration, a measles vaccination campaign was under way in the area when Mr Mohmand started filming the process. Asked to stop recording, he refused, as a result of which he was arrested on the charge of interfering in government affairs. The arrest was condemned strongly by the Khyber Union of Journalists.

OFFLINE HARASSMENT: Over the month, two incidents of the offline harassment of journalists were reported.

On Nov 19, Neo News channel cameraman Saeed Qureshi was harassed and subjected to intimidation in Rawalpindi, Punjab, as he tried to film drug-users and raise the issue of the sale of drugs in the Sadiqabad area. The subjects snatched his cell-phone, deleted its content, and then subjected the journalist and his brother to torture. The victim has submitted an application to have an FIR registered, but no arrest has so far been made.

In the other case, the chief reporter of Dawn newspaper Amir Wasim said that on the night of Nov 20, as he and others left FAFEN’s office, he was chased by first a black Corolla and then a white Cultus all the way from Faizabad up to his residence. Providing details on Facebook, Mr Wasim said that the reason was that “FAFEN had arranged a seminar in which opposition leaders and journalists had spoken about the government’s anti-democratic steps against the media.”

According to Mr Wasim, he was able to submit his complaint with the Aabpara Police Station only after the direct intervention on Interior Minister Sheikh Rashid.

WRITTEN THREAT: Reporter Zaman Mughal of the daily Ausaaf, Islamabad, had been writing on SHO Mirza Gulfiraz allegedly providing favours to a land mafia operating in the Sihala police station area. In retaliation, on Nov 2, the SHO directed a sub-inspector to file an application against the reporter so that he (Gulfiraz) could register an FIR.

Upon receiving a copy of the application, Mr Mughal approached the Crime Reporters’ Association Islamabad, the RIUJ, and the NPC. As a result of a meeting between the journalists’ bodies and the police IG, the application against the reporter was dismissed and an inquiry against the SHO and others launched. The SHO was subsequently suspended.

VERBAL THREAT: On Nov 15, senior reporter Azmat Ali Rehmani, a member of the Karachi Union of Journalists, received serious threats to his safety due to his news story regarding a murder case. The crime had occurred in Haripur the previous month, and Mr Rehmani was delivered a death-threat for revealing the identities of the accused as well as details of the case.

LEGAL CASE: On Nov 15, The News, Islamabad published a story by senior reporter Ansar Abbasi regarding ex-CJ GB Rana Shamim’s affidavit concerning the court’s role in the release of Nawaz Sharif and Maryum Nawaz before the 2018 elections.

Two print and one electronic media journalists, as well as two citizen journalists, were amongst the nine threats / killings targeting personnel of the profession that were documented during November, 2021.

State authorities were believed involved in three cases of harassment, while criminal gangs were likely culpable in as many cases. A political party representative was associated with one case, with unknown parties responsible for another two.