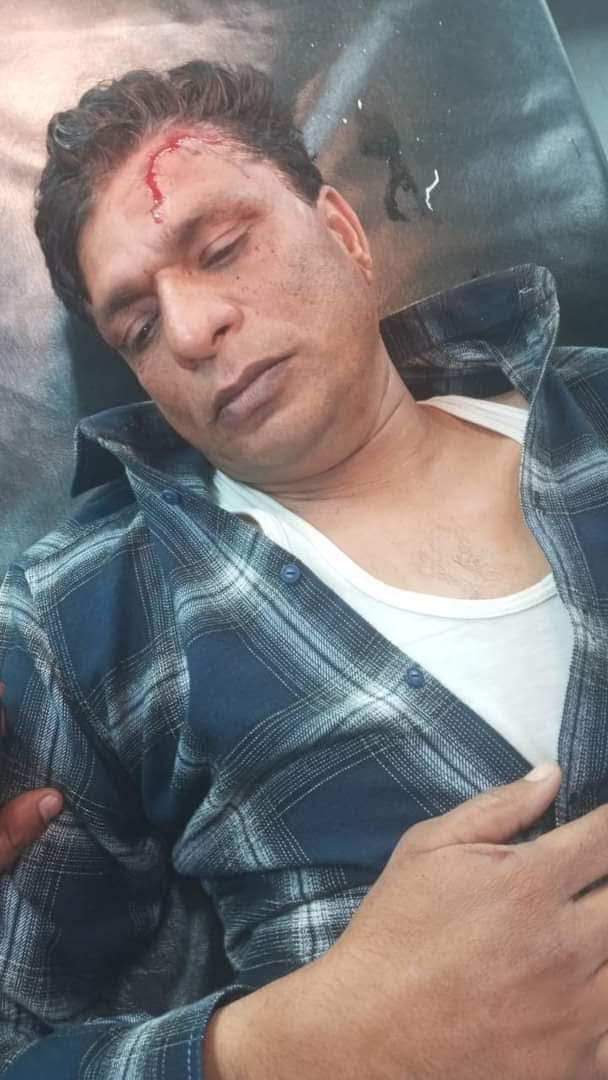 A journalist survived attempt on his life, another injured for his reporting while police arrested A Gwadar journalist for reporting on movement seeking rights for local residents as a total of seven cases of various threats and attacks against journalists were monitored and documented during December 2022 through the Pakistan Press Club Safety Hubs Network programme, an award-winning civil liberty organisation Freedom Network is managing since 2016.

ATTEMPT TO KILL: Naseer Ghumman, a journalist working for Sada-e-Watan newspaper in Sialkot district of Punjab province survived an assassination attempt on 12 December 2022 after he published a story of alleged corruption against a government official. The alleged corruption report, according to the journalist, angered the official who hired what he called “assassins” to kill him. The assassins aimed him firing shot at him and Naseer’s leg was injured in the attack. Doctors had to amputate his leg. According to Naseer, he and his friend Syed Zahid Ijaz were present on Pasror Road in front of Commerce College when they were stopped by four unknown persons. They started firing and one of the bullets hit left leg of the journalist. The assassins fled after the attack as the journalist was taken to a hospital where doctors decided to amputate his left leg so his life could be saved. Police registered an FIR on 16 December 2022

ARREST: Police arrested senior journalist Ubaidullah in Gawadar on 27 December 2022. Gwadar Police raided the journalist, associated with Daily Jasarat, house and arrested him along with his three sons. According to a local journalist, and his colleague Sadaqat, the police raided his house because of his coverage of a member of “Haq-Do Movement” Majid Johar.. Ubaidullah was tortured in police custody during his arrest. After intervention of senior journalists of Gawadar, the three sons of the arrested journalist were later released. Police has taken Ubaidullah to central jail, Turbat, under Section 3 MPO along with other arrested members of Haq-Do movement. Balochistan Union of Journalists has condemned the arrest and demanded immediate release of the arrested journalist.

OFFLINE HARASSMENT: Lahore Post Bureau Chief Ms. Mumtaz published her report on 16 December 2022 against Lady Sub-Inspector Hina Butt. It got her furious with Mumtaz. On December 16, 2022, when the journalist along her reporter Imran were at assistant commissioner office, five lawyers, including Hina Butt, came and started beating the two journalists. The lawyers slapped on their faces.  According to police report, Ms Mumtaz and Imran were “abducted” and locked in “Kiyani chamber No.116.” The journalists were kept there for two to three hours. Mumtaz called 15 police help line and was rescued by police. FIR was lodged against the accused.

INJURED: Haseeb Zafar, reporter of digital newspaper Voice of Thall covered an anti-encroachment campaign which was started by Assistant Commissioner Kalur Kot, District Bhakkar, Punjab. AC removed different stalls in front of shops on the main road. This was covered and was aired on YouTube and Facebook pages of “Voice of Thal”.  Soon after it was aired, Haseeb was threatened by Waqas, the owner of the shops who had given the stalls on rent. On 09 December 2022, Haseeb was sitting in the market, when Waqas along with his accomplices came there and started beating the reporter with hunter injuring the journalist. Haseeb went to Jandanwala police station to report the attack but police avoided lodging FIR on his behalf. When the video of Haseeb’s torture went viral on social media DPO Bhakkar took notice and ordered registration of FIR on December 15, 2022.

VERBAL THREAT: Daily Jinnah reporter Chaudhry Amir Islamabad, received threats on 25 December 2022 from SHO Aabpar police station in Islamabad after he filed a report on trading of illicit drugs in the jurisdiction of the police station. The reporter told Freedom Network that he filed news for ONLINE news agency and Daily Jinnah on alleged business of illicit drugs in the area of Aabpara police station. The SHO, Ashfaq Warraich, reacted angrily and called the journalist threatening to “book” him in different cases and directed not to report such case without his permission. Since the verbal threats the journalist said he was under “great stress.”

LEGAL CASES: Investigative journalist Akbar Notezai of Lok Sujaag received a legal notice from brother of Senate Chairman Sadiq Sanjrani for his investigative piece he did for his online newspaper. Akbar faced harassment for his journalistic work.

One TV, four print and two digital journalist faced the seven cases of threats during December 2022.

In all the cases, three state actors, two unknown, and two individuals were believed in these cases.