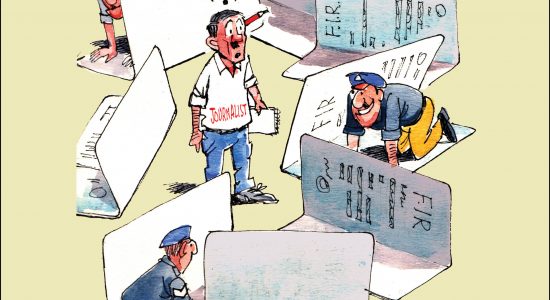 Over 40% increase in cases of attacks and violations

Islamabad is the “riskiest” and “dangerous” place to practice journalism

ISLAMABAD, 30 April 2021: A dramatic escalation in the climate of intimidation and harassment of media and its practioners adversely affecting freedom of expression and access to information environment was discovered, according to media watchdog Freedom Network’s annual state of Pakistan Press Freedom 2021 report.

At least 148 cases of attacks and violations against media and its practitioners, including journalists, took place over the course of one year – between May 2020 and April 2021. This is an increase by over 40% from the 91 cases of violations documented in the preceding year (May 2019-April 2020), the report, marking the World Press Freedom Day globally, including Pakistan, on 3 May, said.

“The increase in attacks on media and its practioners in Pakistan points to a collective failure of government and state of Pakistan to honour commitment of upholding peoples’ right to speak in fears-free environment,” Iqbal Khattak, Executive Director of Freedom Network, said on the occasion to mark the occasion in Pakistan.

He said record registration of 27 legal cases against journalist proved the biggest threat journalists faced during the reporting period as the threat actors moved to adopt sophistication in silencing dissenting voices. “Laws must protect journalists instead used to silence them,” Iqbal Khattak said.

The report, Freedom Network Executive Director said, was dedicated to late IA Rehman who championed the cause of freedom of expression and journalists’ safety.

Among the most dangerous places to practice journalism were no longer Balochistan or former tribal areas along the border with Afghanistan. Islamabad emerged as the riskiest and most dangerous place for journalists in the period under review with 34% of the violations (51 out of total 148 cases) recorded in the federal capital.

The report reveals that invisible and visible hands have joined forces to tighten the screws on media in Pakistan through various means of coercive censorship, including murders, legal cases, assaults, abductions, detentions and threats, resulting in squeezing the space for freedom of expression and media freedoms resulting in increasing silence and erosion of public-interest journalism.

The data shows that no place in all the four provinces or federal capital Islamabad is safe – attacks against journalists are taking place everywhere and that shockingly the state and its functionaries have emerged as the principal threat actor wielding the biggest stick to browbeat the media into submission and growing silence.

Key findings of the report include: 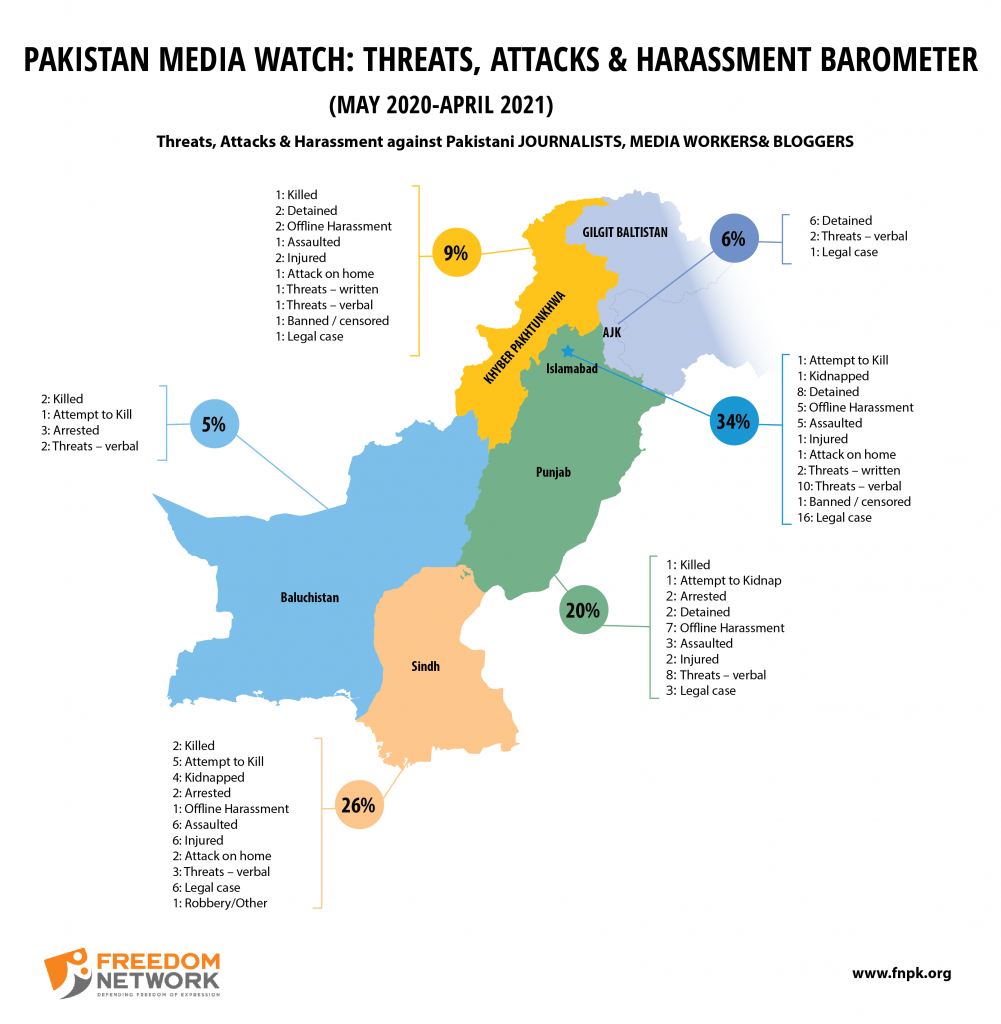