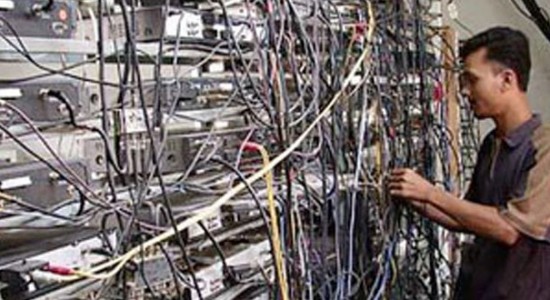 When it came to media, it seems that former ruler, General Pervez Musharraf, lacked prudence and invested in quick fixes — a seemingly inoperable Right to Information law and an influx of consumer finance products to cosmetically makeover an otherwise declining economy. What is commonly referred to as ‘liberalisation of electronic media’ under his watch wasn’t much different.

While media proliferation was a commendable feat, Musharraf’s government undeniably failed to create a post-licensing, media-friendly operating environment essential for a progressive industry. Instead, in an attempt to set boundaries, clear pressure points were left unattended. The outcome is a rowdy, insanely commercialised and yet mostly unregulated media, operating under the illusion of independence; trying to claim its space but often invading others while doing so.

Whose fault is it? Journalists are blamed, and more so, the owners of these media groups but what most conveniently overlook is lack of a commercial setting ensuring legitimate profits. Media outlets are nonetheless, commercial entities, with an added obligation of neutrality. If their rights to legitimate profits are not guaranteed, can they be held accountable for not adhering to their obligations? Can an electronic media industry with literally ‘zero’ subscription revenue, operating exclusively on advertising income, ever be truly independent? The answer is obvious.

Pakistan is world’s sixth most-populous country with about 200 million of us, an estimated 25 million households with a dismal literacy rate of 57 per cent. Understandably so, the penetration of print media is as low as 10 per cent. For about 1,800 dailies and 475 weeklies and monthlies, the total circulation is somewhere between 5.8 to 7 million; with a readership of only about 15 million. Television, comparatively, enjoys a much greater penetration. Accessible to nearly 18 million households via satellite, terrestrial and cable networks, TV effectively qualifies as the ‘true mass medium of the country’.

Terrestrial networks are still serving approximately 7 to 8 million households but in a rapidly shrinking space. Cable networks seem to be the medium of choice and are currently distributing private satellite channels to about 11 million households. Ranging from news, current affairs, to infotainment and entertainment, cable and satellite channels are undoubtedly country’s largest content producers, reaching out to millions of active media consumers every day.

However, the primary income source for cable and satellite channels, as it should be, is not the content they produce. It does sound wild, but millions daily are consuming commercially produced content with absolutely no financial remuneration to its producers which essentially qualifies as ‘piracy’. Consumers are charged with a distribution fee nonetheless, interestingly so, not by content producers, but the distributors (or cable operators), creating a parallel market with a staggering annual turnover of 33 billion, damaging the television industry’s legitimate profits.

Advertising is the electronic media industry’s lone revenue source. Pakistan’s total ad-spent is on an average, 32 billion; with about 58 per cent television share, a rough 18 billion. Terrestrial networks claim a substantial chunk, an approximate 4.5 to 5 billion and nearly 13 billion is split among the cable and satellite channels, about 85 of them, depending on market share assessed by the television ratings.

Contrary to the popular notion asserting rating system as flawed, the actual problem lies in the fact, that the ratings define the market share. In an attempt to score, competitive channels indulge in all kinds of unethical practices, partly shaping the media as we see it today.

On the other hand, electronic media’s overdependence on corporate and government advertising has made the role of advertisers shady since day one. Telecom for instance, is one of the top advertisers, and just so happens to be the least critiqued. Similarly, while the country’s largest television channel was head-to-head with the Pakistan People’s Party government till 2013, it hardly ever reported critically on the Benazir Income Support Program (BISP). One also wonders if that’s the reason the advertisements of IESCO, PEPCO and KESC don’t go in parallel with news of protests against load shedding.

Electronic media may be independent enough to make or break personalities, but it’s severely restricted within its own commercial boundaries, which is another way of saying it’s far from free. Advertisers remain to be a pressure point but the most influential are, without doubt, the cable operators; a group of small to medium scale businessman, turned into a mafia by key players of electronic media industry.

The mafia, in all its irony, is currently playing against its very creators. We’ve seen a demonstration of their power recently when they took Geo TV off air and even the government with all its might, armed with a Supreme Court order is struggling to bring it back. Simply put, the cable operators have the capacity to take electronic media hostage, literally, but since they are operating in a physically challenging environment, they tend to give in to the immense political, state and non-state pressures, effectively becoming an excellent media-control tool.

Media freedom is a concept beyond conventional ideas of effective regulation and freedom to report. In a growing market, it also entails equal access and right to do business. In a commercial setting, can the media be blamed for not offsetting mounting corporate pressures, when 100 per cent of its revenue is advertisement-based? Can it ever, under these circumstances, truly have a public service mandate? Can it be liable to its consumers even when the content is consumed free of charge?

Independent media is a shared responsibility of the industry, the government and the citizens. To offset political and establishment pressures, the industry needs to develop a public interest mandate, improving its ties with citizens. But it’ll only be possible if the government ensures an effective content delivery system to guarantee electronic media’s legitimate profits.

One good way forward is digitising the transmission, Direct-to-Home (DTH) or otherwise. Much larger, India, effectively digitised almost all of its transmission in only about 3 years’ time and while Pakistan has been at it for years, it is still nowhere. The question is not so much of solutions, but rather intentions.

This blog was first published in The News.

The author is a former media practitioner and an active freedom of expression activist currently working with Open Society Foundations.