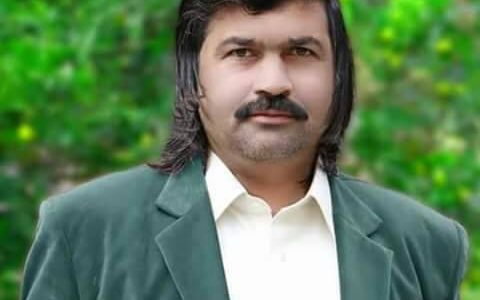 “We are mourning killing of second journalist in less than a month and Sunday murder of journalist Bakhshish Elahi is straight target-killing and a challenge to regional government to bring perpetrators of the crime to justice at the earliest,” Freedom Network [FN], Pakistan’s first media watchdog organization, said June 13, 2017, in Press Freedom Alert.

“Increasing number of cases of attacks on journalists in Pakistan makes us believe that impunity of crimes against media and its practioners is taking strong roots and unless the government fights it through legal framework these attacks will continue,” it added.

Five journalists were reported killed so far in 2017 in Pakistan.

“Failing to protect journalists negates the state of Pakistan’s commitment to respecting freedom of the press and people’s right-to-know,” FN Alert recalled.

The family told the police either Elahi nor his family had any personal or family feud, younger Zulfiqar Elahi told local media.

Elahi,28, is working as journalist for last 14 years. Previously, he was associated with Abbottabad edition of Urdu-language newspaper Daily Aaj – one of the most widely read paper in Khyber Pakhtunkhwa province – as reporter.

Local journalist Ali Yawar of Express News channel quoted police official Sabir as saying that four teams were investigating murder of journalist Elahi. “We have obtained mobile phone and Facebook data of the journalist besides computer he was using in his office to seek forensic evidence,” the official went on to say.

“The police is probing the murder from all angles, including political reasons,” the official said. However, he did not say if police made any arrests of suspects.

Kay2 newspaper Group Editor Hassan Khan said Bakhshish did not bring any threat into his knowledge as the murdered journalist recently joined Kay2 newspaper as bureau chief in Haripur district where media is facing different kinds of pressure to keep it silent.

“Haripur is not a peaceful city when it comes to enabling environment for journalists,” Ali Yawar confided. “There are many non-state actors, including politicians, criminals and different mafias, trying to press journalists as much as possible.”

The late journalist, according to Yawar, posted on his Facebook page on May 27, 2017, that he would soon publish an investigative story against an “influential” of Haripur.Babar Nawaz, locally elected member of Parliament from Haripur district, was quoted as telling the National Assembly in Islamabad on Monday – June 12, 2017 – that Elahi told him four days before his murder that he was receiving “threats” and district police chief was informed of these threats.

Members of the Haripur Press Club staged a sit-in near Panya Chowk to protest against Elahi’s killing, blocking the Grand Trunk road.

Elahi leaves a widow, four daughters and a son to mourn his death. He belongs to poor family and the journalist has the fourth daughter just two weeks before his murder.