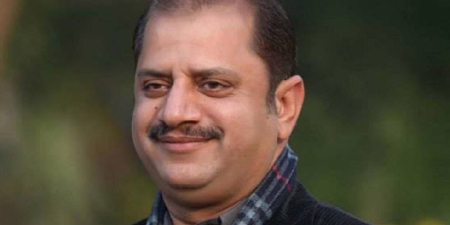 Afzal Butt, the president of Pakistan Federal Union of Journalists (PFUJ), has acknowledged that journalists are not safe at all in this country. “They face multiple threats not only from terrorists’ outfits but also from sectarian organizations, ethnic groups and extremists. Journalists working in rural areas of the country are even more vulnerable to threats and attacks. They are targeted by feudal, landlords and drug mafias.”

Talking exclusively to Freedom Network, Pakistan’s media watchdog, Mr Butt said newsmen are constantly under threat. “Besides they’re often targeted by state and non-state actors of spy agencies who get upset by their reporting or when they don’t toe their line. We have lost more than 120 journalists since year 2000. We can say with authority that journalist is not safe in the country.”

For Afzal Butt, who himself has been a journalist for a long time, the key challenge, he believes is that despite registration of police cases in crime against journalists, police in 95% cases has failed to resolve any case. “The investigation process is very slow and the families of the deceased journalists lose hope and ultimately stop pursuing the cases. Even if police completes its investigation, it is so weak that it fails to stand in a court of law.”

Whether it is deliberate or it is the incompetence of the investigative agency remains a mystery, for him like so many others in Pakistan. He regrets that in some cases it has been observed that at a certain point during investigation, the police plainly refuse to move further indirectly hinting that certain state actors are involved in such an incident and is beyond their capacity to lay hands on assailants or officials.

He complains that the newspapers or TV channels in majority of cases refuse any financial or legal assistance to the family of the deceased journalist and leave them in a lurch.

About the need for a special law for journalists’ protection, he says of course, it is imperative to bring in a special law. “A law which provides appointment of a special government prosecutor to pursue these cases, a law which gives timeframe to decide them and a law which can bring to justice everyone, even the state and non-state actors, who among others are responsible for attacks on the media.”

He said the government has so far come up with two draft laws, called “Journalists Protection & Welfare Bill”. “These draft laws are outright rejected by the Pakistan Federal Union of Journalists (PFUJ) on the grounds that these are beneficial only to the families of the deceased journalists and not for those whose lives are at risk.” He says despite stakeholders’ opposition, the federal government placed the draft bill before the Standing Committee on Information of the Senate for approval.

The Senate committee noted that the draft bill contained nothing to protect the journalists and thus rejected it with the observation that the government should immediately bring a new draft law. The committee also told the government that if it fails to present the revised bill, it would itself draft such a bill and would place it in the upper house of the parliament. Mr Butt says they have proposed their own amendments and asked the government to incorporate them. His forecast is that the government and the Senate Committee, it appears, want to table the bill as early as possible—probably before March 9 Senate elections.