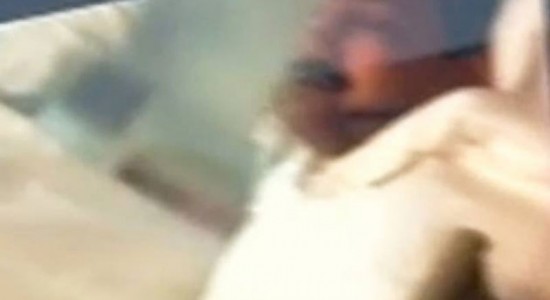 Freedom Network [FN] has demanded independent investigation into the attack on senior TV anchorperson Hamid Mir, one of the strongest supporters of press freedom and freedom of expression in Pakistan, who received three bullets after failed attempt to target-kill him in Karachi on Saturday (April 19, 2014).

“The investigation should take into consideration the injured journalist’s pre-attack testimony to his family, friends and some press freedom organizations that he is coming under imminent attack(s) from the state actors,” FN said in a press freedom alert 12 hours after the tragic incident shaking the country and friends of Pakistani media.

FN said the attack was sign of dangerous situation the Pakistani media is increasingly feeling with attacks on media houses, media assistants and working journalists have increased significantly since the start of 2014.

A TV journalist was killed in mysterious circumstances in Sindh, three staff members of Express media group were gunned down and two failed assassination attempts on senior journalists Raza Rumi in Lahore and Jamshed Baghwan in Peshawar this year alone. Baghwan has experienced two attempts when high-grade explosives were planted outside main gate of his residence.

FN also voiced concern over the delay in follow-up of first meeting of ministerial committee set up by Prime Minister Nawaz Sharif with directive to Interior Minister Chaudhry Nisar Ali Khan to sit with media houses’ owners and working journalists to enforce fool-proof safety measures. The committee first met on February 4 this year and no follow-up meeting has even happened since then although the interior minister directed concerned departments to have met sooner again than later.

“Such long delay in having the follow-up simply negates the current government’s stated commitment to safeguarding the press freedom and freedom of expression in the country,” FN concerned.

The incident took place on Sharae Faisal near Natha Khan area when the gunmen opened fire on his vehicle around 5:30pm causing wounds to the journalist’s abdomen and pelvis.

The journalist was on his way to his office from the airport when he was attacked.

Mir was taken to a private hospital for emergency treatment where he was operated upon to retrieve bullets from his body. “He has been taken to recovery room where his condition is stable,” Geo News reported Sunday morning.

“Mir had previously told us that if he is attacked, the ISI, and its chief Lt.-Gen. Zaheerul Islam will be responsible,” Amir Mir, brother of Hamid Mir, told Geo News live. “He (Hamid) had visited me recently in Lahore and informed of what he called a plan hatched by (ISI chief) Lt-Gen (Zaheerul) Islam to assassinate him.”

However, the military reacted to the allegation. “Raising allegations against the ISI or its head without any basis is highly regrettable,” military spokesman Maj.-Gen. Asif Bajwa said in a press statement adding that “an independent inquiry” was needed for “ascertaining facts.”

Hamid Mir also told FN on April 7 that the ISI is “hatching conspiracies” to harm him as he was issued non-bailable arrest warrant by a court in Balochistan over his article.

In November 2012, Hamid Mir had narrowly escaped a bid on his life when the bomb disposal squad defused a bomb planted under his car in Islamabad.

The Tehreek-i-Taliban Pakistan (TTP) had accepted responsibility for the attempt and said it was targeting the journalist due to his “secular agenda.”

The police have managed to prepare sketches of the assailants with the help of three eyewitnesses. An investigation committee led by the additional inspector general of police also has been formed.

Sindh Information Minister Sharjeel Memon announced that the provincial government would award Rs50 million to those who assist the police in nabbing those who attacked journalist Hamid Mir on Saturday evening.