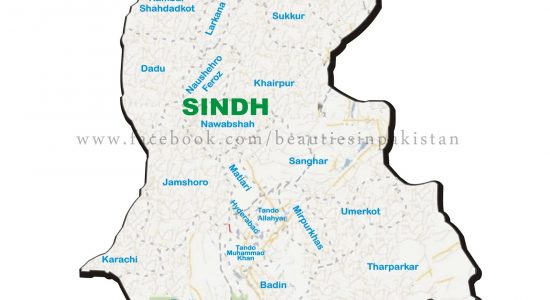 Rafaqat Ali Jarar, 45, correspondent of Sindhi-language Daily Koshish in Tando Bago in Badin district, and Kamran Sahito, sub-editor with Sindh Express newspaper, were missing since February 15, 2018, and February 6, 2018, respectively until police booked them under anti-terrorism and robbery charges in March 2018.

“We are concerned at continued mysterious disappearances of journalists in interior Sindh province and later police framing charges against them under as serious allegation as terrorism or robbery and demand judicial inquiry under a high court judge to prove the charges against the two journalists,” Freedom Network [FN], Pakistan’s first media watchdog organization, said 09 March 2018 in Press Freedom Alert.

The alert urged Sindh Chief Minister Murad Ali Shah and Pakistan People’s Party chairman Bilawal Bhutto Zardari to look into these two and other many cases when journalists were picked up and later charges framed against them.

“We saw police changed statement in the case of Kamran Sathio and these cases look false unless the judicial commission finds the truth,” FN said. “

“After weeks of denial since my brother went missing on February 15 police claimed on March 2 that they busted a gang of Indian intelligence agency Research and Analysis Wing (RAW) and, according to police, Rafaqat is part of the gang,” Nasrullah Jarar, also a journalist and brother of Rafaqat, told FN.

Deputy Inspector General Police Javed Alam told a news conference in Hyderabad that local police arrested a gang of terrorists, trained by RAW. This disclosure comes weeks after Rafaqat was taken away and, according to his brother, they long disassociated with Jeay Sindh Qaumi Mahaz (JSQM) — a consortium of Sindhi nationalists and joined the Pakistan pro-establishment Muslim League-Functional thereafter.

In this photo, police is showing alleged “terrorist” to media during police press conference in Hyderabad on March 2.

Nasrullah said Rafaqat did not file any story which might have irked powerful people. “I think Rafaqat’s arrest is an indirect message for me as I am writing about sugarcane farmers who complain powerful landlords and owners of sugar mills, who closely linked with powerful politicians in the province,” he said.

Local journalist community protested the disappearance of Rafaqat and demanded immediate recovery of the missing journalist.

Meanwhile, police booked missing journalist Kamran Sahito, working for BOL TV Network from Hyderabad for robbery after recording statement on oath before the District and Sessions Judge Hyderabad Amjad Ali Bohio on February 19, 2018, that Kamran was not in police custody nor was nominated in any case with police.

However, police changed its statement on February 24, 2018, acknowledging arrest of the journalist and that he was booked under robbery crime he allegedly committed before.

The sub-editor was picked up from his residence in Qasimabad, Hyderabad, on February 6, 2018.

Mir Ali Sahito, father of the missing journalist, told RSF that his son was booked in two allegedly fake First Information Report of police encounters on February 10 and 11 in Jamshoro and Hyderabad districts.

The disappearance of journalists is linked to massive crackdown against Sindhi nationalists across Sindh province as strong feudalism, conservative tribalism and influential political clout bring independent and investigative journalists under tremendous pressure.