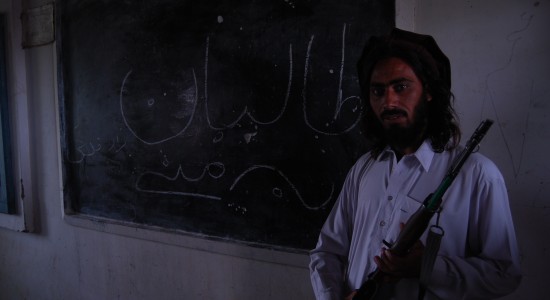 A senior journalist in southern Kohat district of northwestern Khyber Pakhtunkhwa province has gone public about “life-threatening” call he received from Taliban militants days after his report uncovered setting up of militants-led “Shariah” courts in Darra Adamkhel tribal region, 25 kilometres north of Kohat.

“I have been warned of dire consequences if have not shared the source of that report I had filed for my newspaper on September 7,” Sami Paracha, who works for Dawn newspaper as district correspondent from Kohat, told Freedom Network [FN] by phone on Friday (September 13, 2013).

The report says the banned militant group Tehreek-e-Taliban Pakistan, commonly known as TTP, has set up courts in Darra Adamkhel to dispense “speedy justice” to the people of the area.

“The development comes in the wake of a secret peace deal between TTP and the government,” the reporter quoted unnamed sources in the banned militant outfit.

Sami Paracha said he told the caller he would not disclose the source, come what may. “I have told him no journalist can disclose his source. But the caller did not agree with my answer and said ‘then be ready for the consequences,’” the journalist, who suffers cardiac problem also, said.

Arif, who is also known as ‘Kaka’ and represents the Taliban in Darra Adamkhel region, rang up the journalist asking him that he would not file any news to his organization “without my consent.”

“Upon my refusal to disclose the source the caller said ‘I will teach you a lesson,” Sami Paracha said, adding that let the threat from the militant commander “go public” so as if “I am harmed tomorrow the world knows it.”

Sami Paracha’s report in Dawn also “irked” the military which asked the journalist he should not drag the army into this controversy as the report alleges the deal for setting up the courts was result of “deal” with the security forces by the TTP group in Darra Adamkhel.

Darra Adamkhel was stronghold of the TTP-linked militants until 2009 before the military moved to take back the area establishing the writ of the federal government.

“A colonel-rank officer of the army has also to say it was not the army which has struck the deal rather the courts being set up as a result of the government-TTP deal,” Sami Paracha said. “Sami Paracha should go to Darra Adamkhel and identify the courts and the army will blow them up in front of him (Sami),” military intelligence personnel asked the author of the report.

Kohat lies 65 kilometres south of Peshawar, provincial capital of Khyber Pakhtunkhwa, and serves as gateway to Orakzai and Kurram tribal regions along the border with Afghanistan. The two tribal regions are infested with militancy and sectarian violence.

Image caption: This file photo of 2008 shows a Taliban militant with AK-47 assault rifle stands alert inside a classroom of a government-run school.