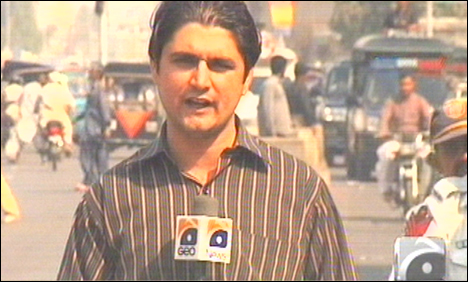 “The court verdict is a move in right direction. We hope pending cases of other killed journalists, which run into dozens, will also get pursued in other parts of the country,” FN said on March 2 in a press freedom alert.

FN, Pakistan’s first media watchdog organization, said the historical verdict would lead to a turning point to fight back the unprecedented impunity of crimes against media in Pakistan as it is the first case involving a Pakistani journalist whose murder case was taken to logical conclusion.

Earlier, the prosecutors had successfully fought legal case of Wall Street Journal reporter Daniel Pearl, who was found dead in early 2002 after kidnapped from Karachi.

“The job is half done,” FN reminded the government. “The earlier arrest of the two absconders in the reporter’s murder is a litmus test for law-enforcing agencies,” the press freedom organization said.

FN, however, hailed the Sindh province government for pursuing the case of Wali Babar despite several attempts to impede the justice. “The provincial government, the investigators and the prosecutor’s roles are commendable. However, the journey has not yet finished and the good work needs to be continued,” the press freedom organization pressed.

The whole case of Wali Babar is unprecedented in the manner in which one person after another linked with this case was assassinated fearing that the case might not end with the verdict.

The case gained importance when six people linked with the case, including a witness and a lawyer, were killed one after another. For security reason, the Sindh government moved the case to another district from Karachi.

But the killing of Babar and people linked with investigation led to the major legislation in the Sindh Assembly where a “Witness Protection Bill” was passed.

Wali Khan Babar was gunned down in Liaquatabad area of Karachi on January 13, 2011, while on his way home from Gen News channel office.

Co-accused Shakeel was exonerated of charge due to lack of evidence against him, according to the verdict.

Pakistan Coalition on Media Safety also welcomed the conviction. “PCOMS which is coalition of leading media associations, civil society organizations, parliamentarians and international press freedom organizations, express the hope  that the conviction of Wali Babar would mark a turning point in the climate of near absolute impunity that exists for those who murder and attack journalists and media organizations,” it said in a press statement.

“The Saturday’s verdict will strengthen press freedom and discourage perpetrators of the crimes against media and journalists,” the Khyber Union of Journalists said in its press statement.