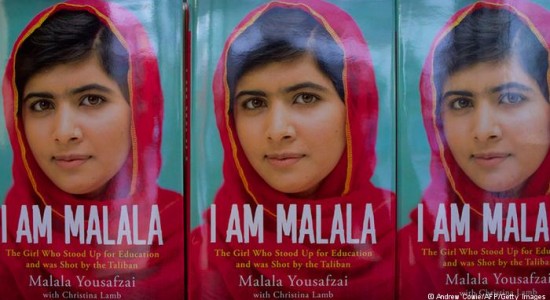 “Book is source of knowledge and university is seat of learning and knowledge. It is hard to accept the government plea that the organizers of the book launch were using the occasion for political reason,” FN said.

It added that withdrawing security because the occasion would invite the Taliban attacks in future was mindless argument. “FN shares the argument of the organizers that such statement from police officer means the government does not want the book launch.”

Khadim Hussain, one of the co-organizers and head of Baacha Khan Education Trust, told FN that they scheduled the launch of ‘I Am Malala’ – written by blogger Malala Yousafzai who became symbol of resistance when she began writing blogs for BBC Urdu online edition during the mayhem of Taliban in Swat valley in 2009 – for January 28 in Peshawar, capital of northwestern Khyber Pakhtunkhwa province.

“We have been told by police official that the ceremony cannot provided security after a direct intervention by two government ministers who pressured the administration of the University of Peshawar to cancel the ceremony,” Khadim said.

“When you are told the government cannot guarantee security it means there is straightforward refusal to allow the ceremony to take place,” the organizer explained.

Khyber Pakhtunkhwa government clarified Tuesday 9Jan 28) it had no objection to launching Malala Yousafzai’s memoir but did object to the venue.

“The provincial government has objection over the venue which is an educational institution and the organizers are using the occasion for political reason,” KP Minister for Information Shah Farman said on Jan 28 after the issue was flashed by local and national newspapers.

“The University of Peshawar will not be allowed to use for political mileage,” the minister declared adding why the launch ceremony was not organized at the central secretariat of Awami National Party as Baacha Khan Education Trust – one of the co-organizers – affiliated to the ANP.

The book launch ceremony is rescheduled from January 28 to February 5, according to Khadim.

Pakistan Tehreek-e-Insaf rules Khyber Pakhtunkhwa in coalition with rightwing Jamaat-e-Islami and the controversy over the venue between the provincial government and the organizers also upset party chairman Imran Khan. “I am at a complete loss to understand why Malala’s book launch in Peshawar was stopped. PTI stands 4 freedom of expression & debate,” he tweeted.

The organizers called the government’s move as “violation of fundamental rights and academic freedom” saying a campaign on social media would be launched telling the world of the Pakistan Tehreek-e-Insaf-led government’s violations of human rights.

“Varsities are centre of learning and book is part of learning and knowledge,” Khadim said. “The government is offering lame excuse that we are using the occasion for political points.”

He said civil society organizations would address a press conference while varsity professors and students also protest the government’s ban on launching the book of Malala Yousafzai.