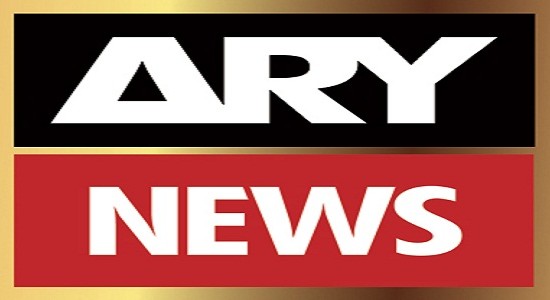 “The government believes in the freedom of expression and respects judiciary,” the chief minister, speaking on the point of order during Balochistan Assembly session in Quetta on August 27, 2013, said.

He told the House that the provincial government did not ask to register FIR against the private channel adding it was misunderstanding that led to case against the channel.

“Strange experience to be charged as ‘terrorist’ in a case registered by Baluchistan government – that too for the channel showing footage of terrorist attacks. Thanks to all friends for the support,” Ovais Tohid, ARY News Executive Director News, said in his Facebook post.

ARY is also facing a contempt proceeding for some of the remarks against the chief justice of Pakistan in its TV show. The Supreme Court of Pakistan has asked Salaman Iqbal to appear in person on Tuesday (August 27, 2013) in Quetta, capital city of violence-hit Baluchistan province.

Earlier, this week Supreme Court while hearing a case of “Islamabad siege” case had asked regulatory body PEMRA to come up with mechanism to “control” the media. The Supreme Court order was interpreted as taking channel off air.

The move prompted anger among the journalist community with TV anchors, journalists representative bodies and media owners saying any such attempt to muzzle the press would not be tolerated and calling it “dangerous” for freedom of the Press in the country.

The Karachi Union of Journalists vowed to resist every sort of attempt from the government, the PEMRA or from any other quarter to put any sort of ban on electronic media.

In a resolution adopted unanimously at the annual general council meeting of the KUJ in Karachi, it was stated that the journalist community would thwart any such attempt from any quarter which is aimed at suspending transmission of channels, or taking any sort of action against them in the backdrop of Islamabad incident which made the channels to broadcast the transmission live.

In another statement, the Pakistan Federal Union of Journalists (PFUJ) president Pervaiz Shaukat and general secretary Amin Yusuf rejected the move to put any sort of ban.

The two leaders stated that the PFUJ history shows that it had remained steadfast against all sorts of oppression by the dictators in the past, and they were forced to withdraw their decisions.

“Similarly, the PFUJ would not tolerate any sort of ban which is aimed at curbing the freedom of expression, and people’s right to know,” they added.

On Friday (August 23, 2013), the Islamabad High Court restrained the Pakistan Electronic Media Regulatory Authority (PEMRA) from taking any action against the private television channel which had aired footage of the June 14 attack on Quaid-i-Azam’s residency in Ziarat, Baluchistan.

While issuing the restraining order, Justice Shaukat Aziz Siddiqui adjourned till August 30 hearing on a petition filed by the ARY TV channel.

The Supreme Court had taken notice of airing on Aug 13 of the footage and issued a notice to PEMRA.

Subsequently, the regulator had issued show-cause notices to the ARY channel. It issued a final notice on Aug 19, but the TV channel requested PEMRA to adjourn the matter.

The authority rejected the plea and concluded the proceedings for issuing an appropriate order.

Fearing an adverse decision, the ARY administration approached the IHC on August 23, 2013.

Barrister Aitzaz Ahsan, the counsel of ARY TV, informed the court that PEMRA had issued notices on Aug 15 and asked the TV channel to clarify its position, but it could not hire a lawyer to plead the case.

He said the PEMRA had again issued notices, but the channel requested it to adjourn the hearing. Barrister Ahsan said the regulatory body had submitted a report to the Supreme Court without providing a chance of hearing to his client.

He argued that the PEMRA’s move was a “violation” of its own rules as well as fundamental human rights.